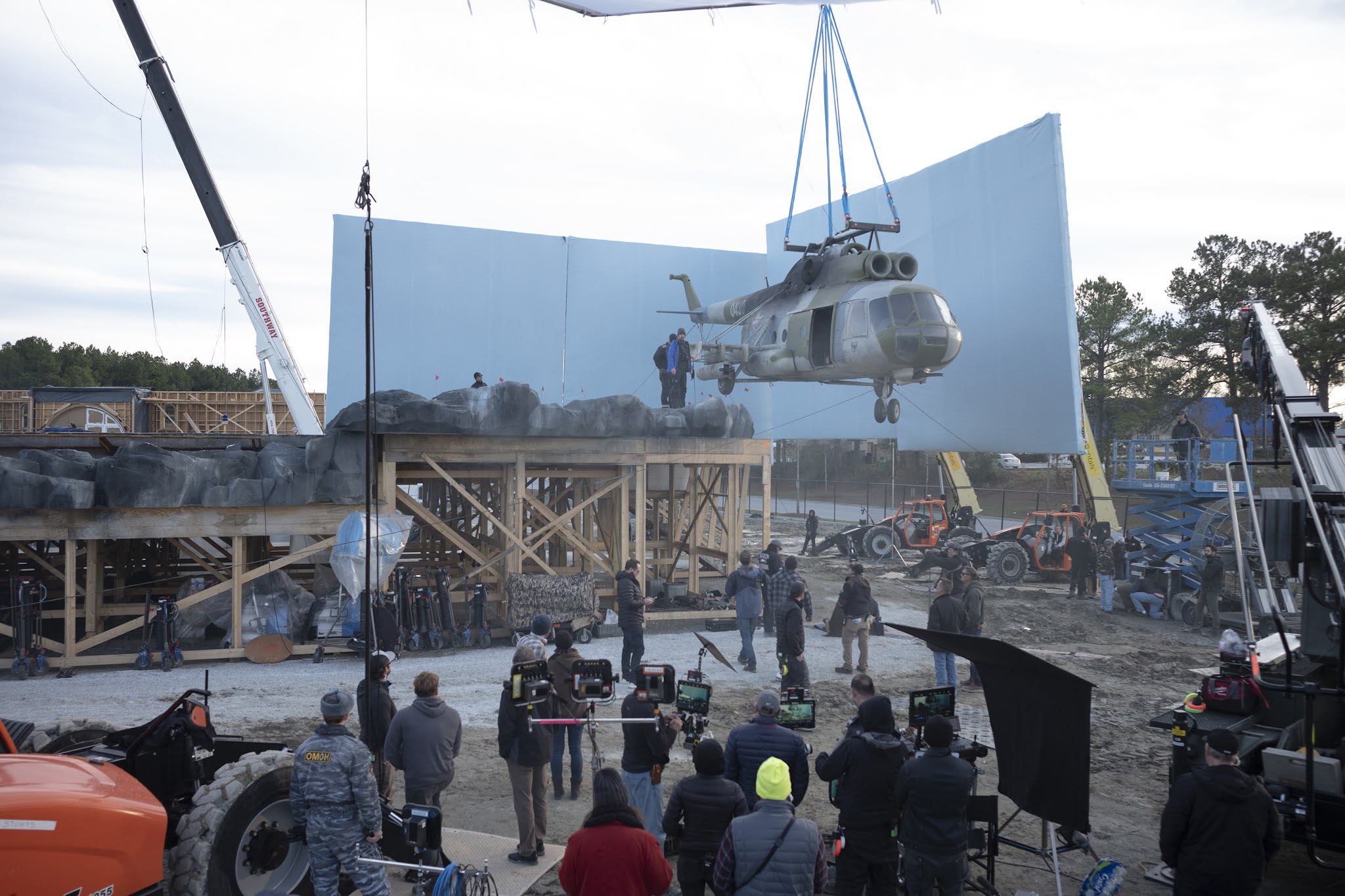 Red Notice viewers are probably going to press play on the Netflix film because they will be drawn to it by its big stars like Dwayne Johnson, Ryan Reynolds, and Gal Gadot. The A-list trio are hardly the only big stars attached to this one, though. Behind-the-camera, some great minds came together with big new ideas to implement a new form of filmmaking technology which Red Notice is the first to ever use. Director Rawson Marshall Thurber has a vision for having fun with this new tech and producer Hiram Garcia was on board. The two talked with ComicBook.com about the new effort in exclusive interviews.

To open Red Notice, Thurber flies the audience over a bridge and straight into an eye-level shot of Johnson as his Agent John Hartley character. From flight to the door to a museum, the camera never appears to cut, offering an added level of immersion for the audience. As Thurber explains it, the shot was made possible thanks to new technology.

"Thank you for noticing. Yeah, those are very, very special shots," Thurber explained, "In fact, those shots that you're talking about had never been done before in the history of cinema, because the technology that we use to achieve those shots, you know, were invented about six weeks before we used them."

Though the camera equipment was almost certainly in good hands, the rest of the story is enough to make anybody's wallet sweat when imagining putting such an expensive camera on a fast-moving drone. "There's a tiny camera called the Komodo Camera from RED that's about the size of a tissue box and we attached it to a race drone," Thurber explained. "This is a 6K cinema grade quality camera and so we attach it to a race drone, put a small spherical lens on it, and we hired this incredible race drone operator named Johnny FPV, who's the best in the world, to achieve these shots."

In fact, this shot called for a global effort as it was, in reality, split between two very different locations. "Both, that first shot that opens the film, the exterior of Rome, that dives down through the cannon and ends up in a closeup, which is a stitch between a steady cam and the drone shot," Thurber said. "Steady cam in Atlanta and the drone shot in Rome, but also through the opening chase sequence in the museum, we flew the drone inside and chased Ryan all the way through there.' Late in the film, viewers might catch a familiar shot design which also used this drone technology. "Also, in the mineshaft sequence that ends the film, we were about 400 feet underground in a mine in Northern Atlanta and we brought the drone down there and chased the cars through the mine shaft,' Thurber said. "So we were really excited about the tech."

Unsurprisingly, Garcia and his longtime collaborator Johnson were immediately on board. "When your director says, 'Hey man, this is what I want to do. It's never been done before,' you're like, 'Well, hell yeah, let's do it. Let's figure out how we do it,'" Garcia told ComicBook.com. "I mean, that's our favorite. Our favorite phrase is, 'It's never been done before.' It is catnip to us. And especially to DJ. Just loves things that have never been done. And a lot of the cool drone shots that we use, I mean, we use drones in a hybrid steady cam version in this movie, where during that chase at the top of the movie where DJ's chasing Ryan, you see those awesome shots, you can tell it's clearly not a steady cam guy following this dude running. That was this top class drone flyer who came in, who did that, that we rigged a camera to his drone. And he's a professional drone racer who pulled off these amazing shots."

Ultimately, "that's the stuff we love," Garcia concluded. "We're always going to swing for that and I love that Rawson came in loaded up with exactly how he wanted to do this and the way he was going to shoot it. And he had such a great vision for it. And I think some of the shops really show it in terms of what we were able to pull off."