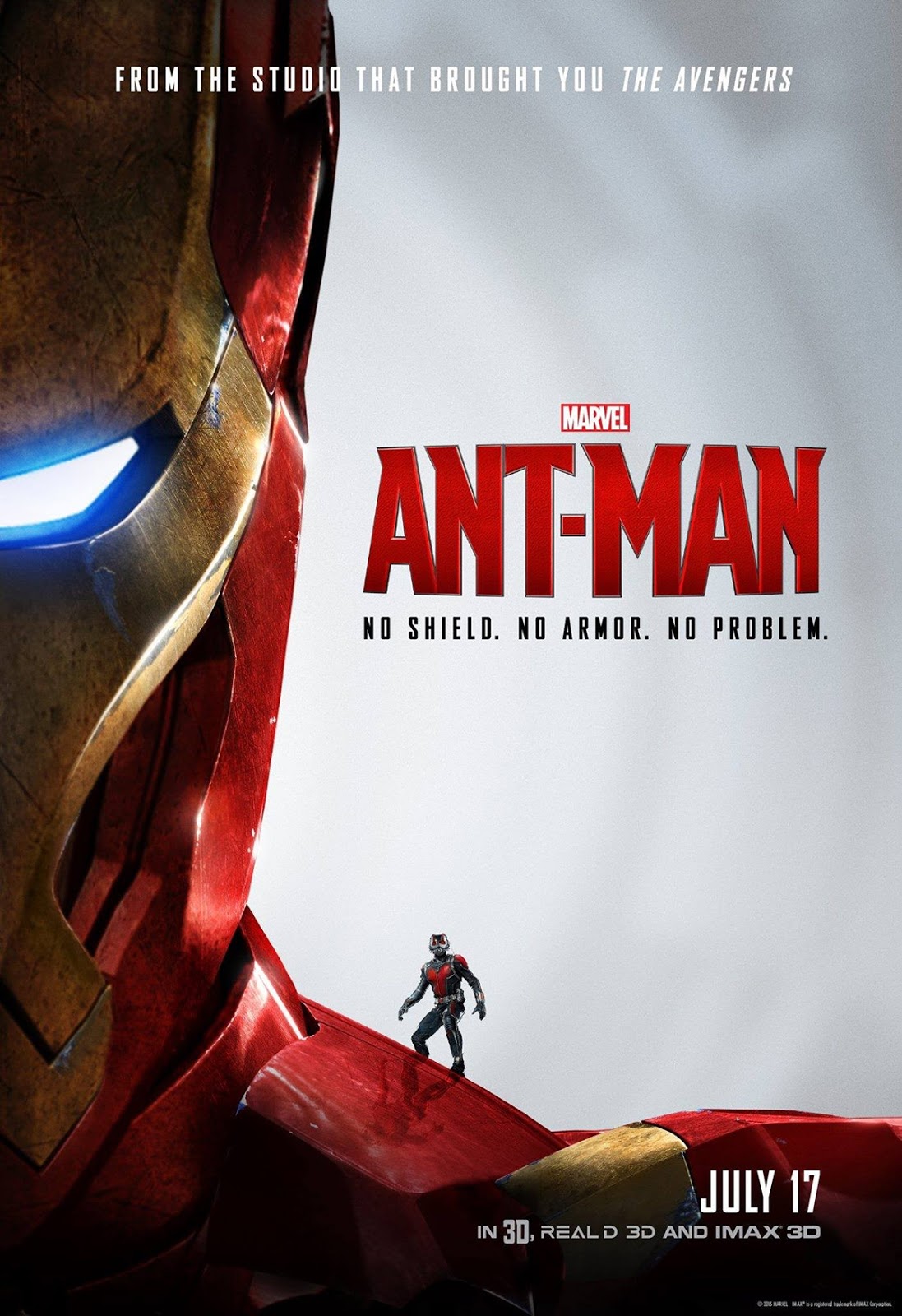 by Sherif Awad
Being familiar with Marvel Superheroes, I wasn’t sure I heard before about Ant-Man until news started to flow that a film adaptation is happening. Paul Rudd, who was a regular star of unapologetic comedies like I Love You, Man and Dinner for Schmucks, was antitype cast this time as the title character along with Michael Douglas playing Dr. Hank Pym, the scientist behind Ant-Man shrinking technology. While Rudd was deeply influenced by Superman when he as a kid, Douglas was also quoted to say he is appearing in a Marvel film primarily to please his own kids.
In Marvel Comics of the 1960s, Dr. Hank Pym was the scientist who created the shrinking technology that made him become the first Ant-Man. At a certain stage of the comic books, Pym went to fight Ultron, a robotic villain of his own creation. However, in Marvel’s The Avengers: Age of Ultron, filmmakers decided to make Tony Stark, aka Iron Man, to be the creator of Ultron and so all the Avengers were reassembled to put an end to Ultron’s plans to the world’s termination like we have seen.
Originally, British director Edgar Wright, director of really good action-comedies like Shaun of the Dead and Scott Pilgrim vs. the World started to work on a script for Ant-Man since 2003.  Although he left the project for creative differences, a large part of his early drafts is found in the newly released Ant-Man that is now working as a continuation of the events in The Avengers: Age of Ultron with story arcs that should also continue in Captain America: Civil War due next year.
In a pre-title scene, we see how Dr. Pym left the company he created after discovering that his colleagues are tending to use his own shrinking technology in war weaponries and possible mayhem. Flash-forward to present day, Dr. Pym’s former protégé Darren Cross (Corey Stoll) is about to get closer to the shrinking secrets by perfecting a similar suit called the Yellowjacket. Believing that Cross will be using the shrinking technology in warfare, Dr. Pym decides to steal what’s Cross has developed through the recruiting and the training of ex-con Scott Lang in order to have him becoming the new Ant-Man. Dr. Pym and Lang are joined by Hope van Dyne (Evangeline Lilly), Dr. Pym’s own daughter, who is still working for Cross and tipping her father.
Ant-Man will work for Marvel’s fans for many reasons: First, it has the freshness of the first entries in superheroes films where a superhero learns about his superpower and how he can use it. Second, the film brings two Ant-Man incarnations Dr. Hank Pym and ex-con Scott Lang in one story with possible hints of an Ant-Man prequel with Dr. Pym and or a sequel with Lang or even a standalone film featuring Wasp, the female counterpart of Ant-Man. The musical score by Christophe Beck adds to the visual excitement created by pioneering companies like ILM and Double Negative that both succeeded to use Ant-Man comics like storyboards for the action scenes.

Like I mentioned above, Ant-Man was never that famous like other Marvel superheroes and a funny sketch on Saturday Night Live proves it. Following the release of Superman in 1978, Margot Kidder who played Lois Lane in the film was invited to host an episode in the popular show. In that sketch, aired in 1979, Ant-Man, along with other superheroes, was invited to a house party hosted by Superman, played by Bill Murray, and Kidder who comically reprised her role as Lois Lane. At one moment, actor Garrett Morris played a humble Ant-Man whose was unknown to the other invitees. Because of the popularity of that sketch, Garret Morris reappears in the new Ant-Man as a taxi driver. Readers can check out the funny sketch on: https://www.youtube.com/watch?v=ndSp1zM_8cY