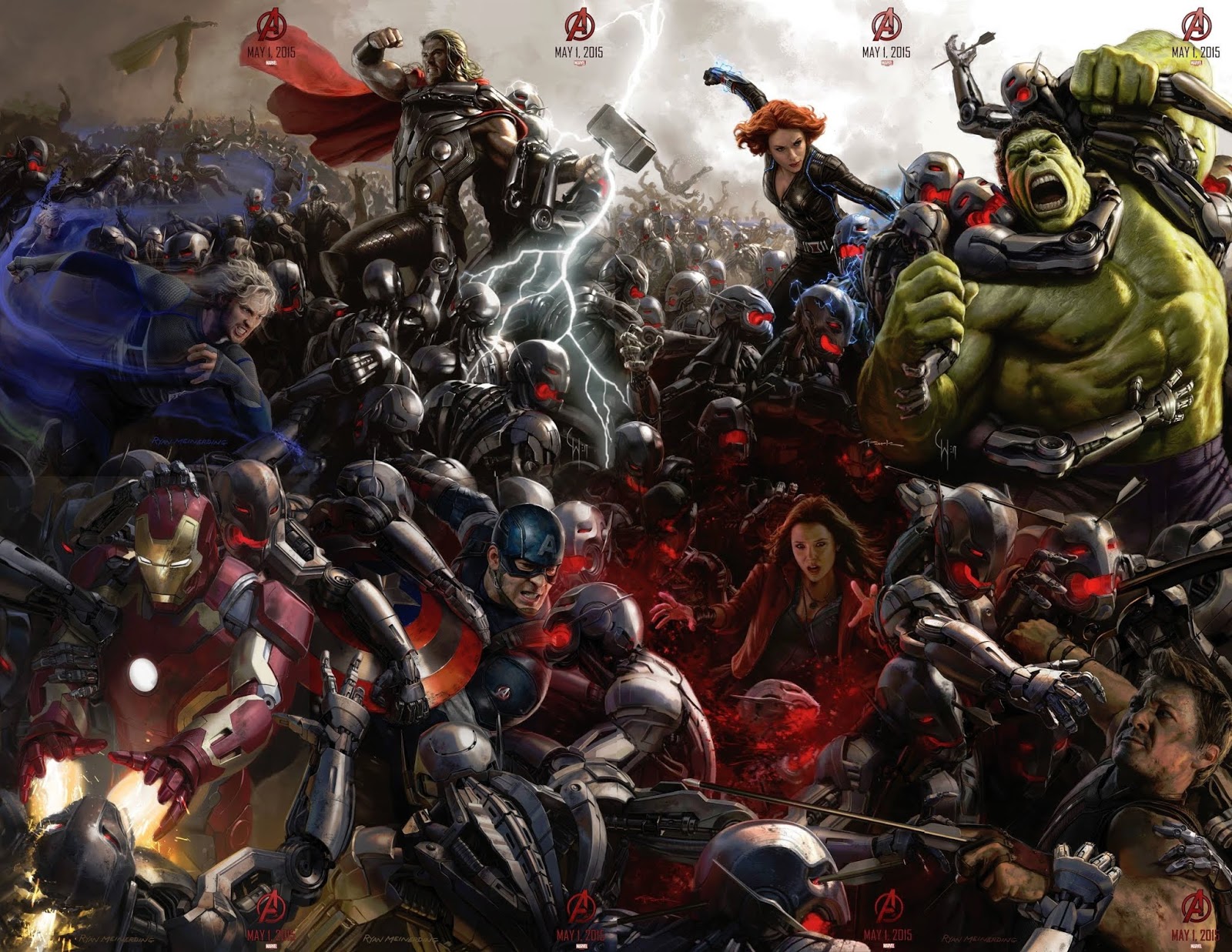 by Sherif Awad
Since its release six weeks ago, Avengers: Age of Ultron has succeeded to gross around 1.35 billion dollars worldwide by attracting the fans of comic books and action films alike. Ultron is not only designed to be a sequel to the 2012 Avengers film but also it is a continuation of stories and characters’ arcs  that started in previous Iron Man, Captain America, Thor Hulk films and the soon-to-be released Ant-Man. A third phase by Marvel studios will feature many other sequels including Captain America: Civil War next year, another Thor film and the two parter Avengers: Infinity Wars scheduled for consecutive 2018 and 2019 releases.
I had the chance of watching the first Avengers film in a New York theater next to Times Squares along with a handful of New York’s finest film critics. Although some of them were in their fifties or more, I noticed they were eagerly picking up the 3D glasses in order to enter the realm of The Avengers. I guess that was comic books and superhero films do to their viewers: they bring back the child that is still living inside. I remember that I read my first American comic book back in the late 1970s and it was an issue of Marvel Team-Up featuring Spider-Man and The Mighty Thor. I found out now while writing this article that a copy of this issue is still available on ebay for 5.99 dollars. I remember I was more attracted to Belgian comics since it was translated into Arabic as well during that same time also. So Tintin was my favorite and many other characters that appeared in the magazine that had his name. Tintin was also admired for a long time ago by Steven Spielberg who succeeded to adapt two of Tintin’s book into one film, the 2011 released The Adventures of Tintin.
American comic books also try hard to teach kids and teenage how the good can beat the evil. However, it injects, with or without intent, some sense of superiority in looking to the others. Let’s face it, it could inspire few young people to use violence as a method of expression and sometimes, this could lead to crime. Last week, a young man from England was said to be imitating the character of Wolverine by gluing knives on his hands to appear like claws of his favorite character. The young man is suspected of killing his whole family before strangling himself to death.
But let’s go back to the movies: Both Avengers and Avengers: Age of Ultron were written and directed by Joss Whedon so lots of similitude exists between the two films. The first film had Loki, the brother of Thor, leading an extraterrestrial army to enslave humanity. The second has Tony Stark aka Iron Man trying to develop an Artificial Intelligence program called Ultron that surprisingly materializes into a robot with a belief that saving Earth can only happen by the extinction of humanity. I must say that Avengers: Age of Ultron looks a little pale copy of the first Avengers that was original in featuring, in a more polished way, the exchanges between Bruce Banner and Tony Stark as two scientists not as only Hulk and Iron Man and in having Thor, Iron Man, Captain America and Hulk fighting each other’s egos before learning how to assemble in order to face a bigger menace. Ultron has one of these fights with Iron Man, wearing a special arm suite called Hulkbuster, is trying to control Hulk’s rampage after the latter was influenced by The Scarlet Witch. Also, the climax in Ultron with the Avengers facing the army of Ultron is quite similar to the New York showdown when they faced Loki’s warriors.  Ultron has also the character of Tony Stark, and hence Robert Downey Jr, dissolving more within the Avengers group although the cinematic version of Stark was the most beloved of the all avengers. I assume it if weren’t for the success of Iron Man films thanks to the popularity of Robert Downey Jr, Marvel would have not expand its universe to that current extent. It is said that Robert Downey Jr will retire from Marvel films after portraying Iron Man/ Tony Stark in Captain America: Civil War and Avengers: Infinity Wars. But can we imagine another actor to fill in his shoes?