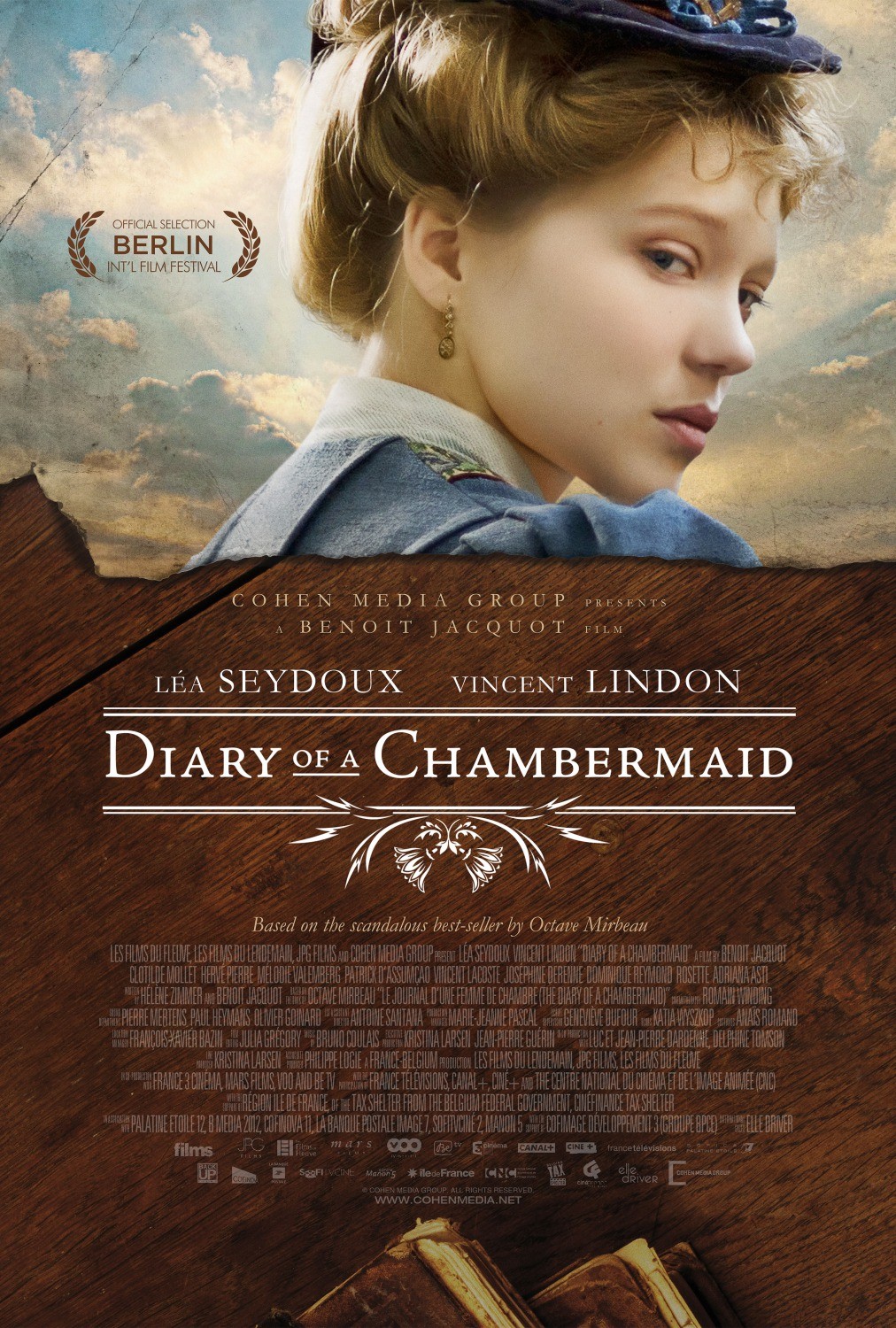 by Sherif Awad
Last week, Deauville Film Festival announced that French director Benoît Jacquot will be jury president for its 41st edition that will take place from the 4th till the 13th of September. The festival that is organized annually in this northwest French city is known to be specialized in showing American films making their European and French premieres and in doing so tends to invite major Hollywood stars maybe more than Cannes festival.
Jacquot, who was born in Paris, began his career as assistant director in Marguerite Duras films then turned to writing and directing with the 1975 film The Musician Killer, which starred Anna Karina. Till now, he has directed over forty films; the most notable of which to American audiences are La Désenchantée (1990), starring Judith Godrèche, and A Single Girl (1995), starring Virginie Ledoyen. Jacquot’s latest film Diary of a Chambermaid was screened in the main competition of Berlin Film Festival last February before its commercial release across some European countries in the last few months.  The novel by Octave Mirbeau on which the film is based has been filmed several times for cinema and television. This includes a version by Jean Renoir in 1946 and another by Luis Buñuel in 1964. However, each cinematic version had its own ending.
The new version by Jacquot takes place at the beginning of the 20th century where the young and beautiful Celestine is hired to work as maid for the Lanlaire family. While repelling the advances of Mr. Lanlaire, Celestine also faces the very strict Madame Lanlaire who firmly governs the house. Celestine spends her days running up the stairs and her nights to remember her previous jobs, particularly at the house of the young bourgeois (Vincent Lacoste) who died while trying to make love to her because of his incurable sickness. Joseph, the enigmatic gardener of the Lanlaire property, becomes Celestine’s only friend. When he started to gaining her confidence, he proposes to steal the Lanlaire’s valuable silverware and make it appear like a robbery. Celestine, who dreams of a better future, decides to help him. The two succeed in pulling the fraud off and run away together. This is how Jacquot’s version ends. However, Buñuel’s version had a different ending with Celeste marrying a neighboring ex-officer only to become a bourgeois lady like her former masters. In Renoir’s version, Madame Lanlaire agrees to give Joseph the silverware if he leaves the estate and takes Celestine with him. Georges, the son of Madame Lanlaire whose character is completely omitted in Jacquot’s new version, manages to catch up with them, determined to win Celestine back after falling in love with her. Joseph and Georges fight each other; Joseph is killed. Georges and Celestine go away together.
In this new adaptation, Jacquot echoes with many current socio-political climate like gender discrimination and domestic abuse while being very faithful to the bulk of the novel. As played by Léa Seydoux who won the Golden Palme in Cannes Festival 2013 for her role in Blue Is the Warmest Color, Celestine is a smart fighter whose fate takes her from one house to the other but finally she decides to have no master. Vincent Lindon,  winner of Best Actor Award in Cannes  Festival 2015 for his role The Measure of a Man,  plays Joseph with mixture of magnetism and calculation like he is hiding monster inside who can exert a violent spell on those who dare getting closer. Both Lindon and Seydoux are regular collaborators with Jacquot who succeed to obtain strong performances out of both them. With Celeste and Joseph getting away with their robbery, we are left o wonder if we should root for Celeste who was looking for her inner and outer freedom or should we hate her for finding such resolution with a partner in crime…