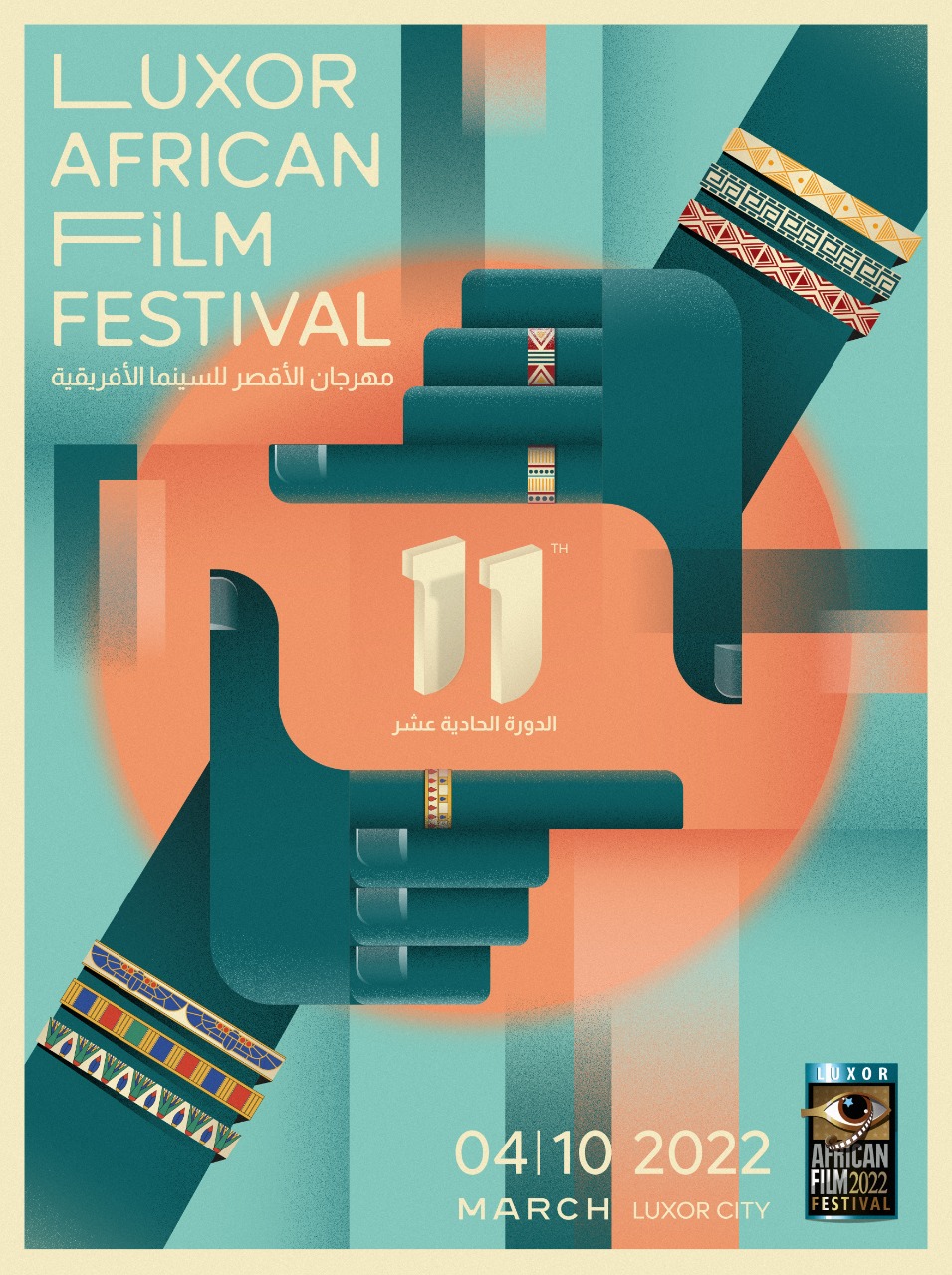 -“Rediscovering Egypt”: becomes the slogan of the 11th edition of the Luxor African Film Festival (LAFF) 2020.

the youthful spirit that characterizes the festival.

• Festival awards in the form of the golden mask of Tutankhamun, designed by the international visual artist, Mohamed Abla

The Luxor African Film Festival (LAFF) has recently revealed both the poster and the slogan of its 11th edition scheduled to run during the period of March 4-10, 2022 under the auspices of both the Ministry of Culture and the Ministry of Tourism and Antiquities in Egypt.

The new poster of the upcoming edition was designed by rising Egyptian artist Mahmoud Ismail, who depicted a fusion between modernity and technological development in the film industry while adhering to the elements of the visual heritage and identity left for us by our ancestors in Egypt as well as the others from African sister countries. The visual elements in the poster have been designed to reflect cinema through the shape of two hands creating a film frame with some additional accessories expressing the Egyptian identity and African countries. The sun them comes as one of the symbols of ancient Egyptian civilization as its colors show the distinctive youth spirit of the festival.

The slogan of the 2022 edition is "Rediscovering Egypt", which aims to showcase the Egyptian heritage to all filmmakers in the world, this vision comes in parallel with two Egyptian celebrations:

First, the 100th anniversary of the great discovery of Tutankhamun's tomb in Luxor's Valley of the Kings, the capital of ancient Egypt, by British Egyptologist Howard Carter in 1922.

Second, the bicentenary of the decoding of the ancient Egyptian language from the Rosetta Stone by the French Egyptologist Jean-François Champollion in 1822.

Hence, the main roundtable of this edition will also focus on the importance, aesthetics and uniqueness of Egyptian locations for foreign productions and so the festival can contribute to raising global awareness towards Egypt as well as trying to remove obstacles that stand in the way of international filmmaking coming to Egypt. One should note that since its first edition, LAFF had its trophies designed by renowned visual artists Mohamed Abla to be in the shape of King Tutankhamun.

The festival also aims to discuss the methodologies and mechanisms of attracting international film production, and therefore the slogan "Rediscovering Egypt" is reflected in the program of the Luxor African Film Festival 2022 and its parallel activities by developing an Egyptian and international film program that was filmed in archaeological sites in Egypt as well as the development of a special film program showing landmark films directed by the late Egyptian director Shadi Abdel Salam. Moreover, a printed guide in a form of a special catalogue will be issued to feature the best shooting location across the Egyptian land.

The Luxor African Film Festival is organized and organized by the Independent Shabab Foundation with the support of the Egyptian Ministries of Culture, Tourism, Antiquities, Youth, Sports and Foreign Affairs, and in cooperation with the Egyptian Film Syndicate, the Luxor Governorate and under the auspices of the National Bank of Egypt.