Opening Film is the Italian UPSIDE DOWN with the attendance of its star and director. 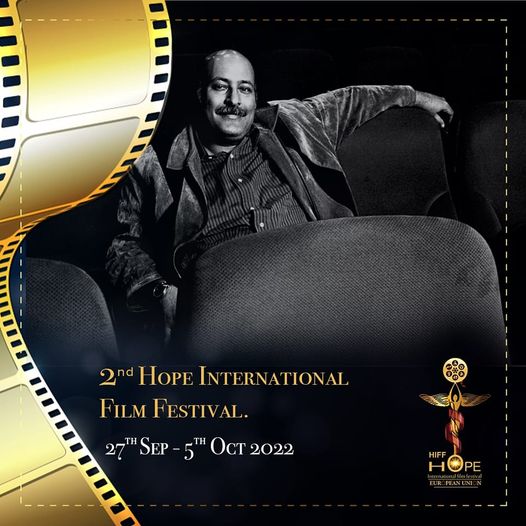 The 2nd edition of Hope International Film Festival will inaugurate on September 27, 2022 in Rome’s renowned Casa Del Cinema (Villa Borghese) with the attendance of international artists and media.

Hope International Film Festival (HIFF) was founded in 2021 by Fadi El-Lawand, a Lebanese-born artist who has been living in Europe for twenty years.

The theme of the festival is humanistic, showing international films on people with special needs and also on women, children, diaspora, war and environment.

The first edition was inaugurated in Stockholm during the period of September 10-13, 2021.

This year, the festival decided to expand its message to become (Cinema Without Borders):

After the opening night, the festival’s guests and jury members will take the Mediterranean Cruise “Costa Firenze” from Rome’s Civitavechia Harbor to visit five different European cities: Genoa, Marseille, Barcelona, Cagliari and Palermo where the rest of the selected films will be screened to local audience, media and artists in each of these cities.

On September 27, 2022, at 3 PM, HIFF’s 2nd edition will inaugurate with the screening of the Italian film Upside Down by Luca Tornatore. Based on a true story, the film stars Gabriele Di Bello who play a character close to his himself, that of Paolo, is a nineteen-year-old young man with Down syndrome who would like to overcome his condition by becoming a boxer.

The jury of the short film competition include: Egyptian star Elham Shahin (President), French distributor Bruno Chatelin and Kuwaiti star Mohammad al-Mansour. Thirty short films are included in the selection, coming from countries like Italy, Egypt, Burkina Faso, Kosovo, France and the US.

Before the screening of the opening film, several acts will be featured. The festival will receive the Italian musical band The Ladri di Carrozzelle (Wheelchair Thieves) who are unique perhaps in the whole world because all instruments and vocals are performed by musicians confined to wheelchairs or affected by psychic disabilities.

From Lebanon, two stars will also be given a tribute: Carmen Lebbos and Saad Hamdan.

Also, the festival will receive two Egyptians who overcame their disabilities and become successful media broadcasters: Mrs. Demiana Wasfy and Mrs. Azza Adly. Additionally, the young Egyptian Mohanad Adly will be given a tribute for his excelling in music despite his eyesight challenge. The three of them will receive an award having the name of the late Palestinian journalist Shireen Abu Akleh.

The festival will continue its screening in five European cities:

On Oct 3, the festival’s guests and juries will visit AIAS Palermo to give its heads a tribute for their efforts in supporting people with special needs across their centers in Palermo.

The closing ceremony of the festival will take place Oct 4 on Costa Firenze.