Julia Robert's and George Clooney's film "Ticket to Paradise" has made $60 million dollars at the international box office. - SHERIF M. AWAD-FILM CRITIC/CURATOR/PROGRAMMER-EGYPT-ECUADOR: since 1990 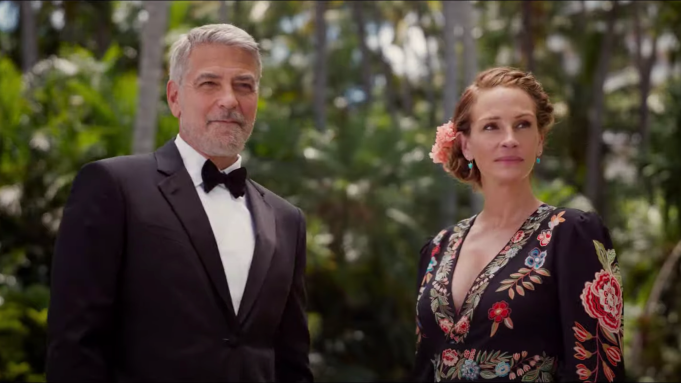 The new film reunites Julia Roberts and George Clooney, is (who could have imagined) enchanting crowds at the global film industry.

Given the difficulties that theatrical rom-coms are now facing, the film's $60 million in overseas box office earnings thus far is a good start. Naturally, it helps when the genre receives support from high-profile celebrities like Roberts and Clooney. At the same stage of each of their individual big-screen releases, recent love stories like "The Lost City," "Last Christmas," and "Crazy Rich Asians" are outperforming.

Clooney, who rose to fame on the medical drama “ER”, is the latest star to enter the world of premium coffee. His new project is a joint venture with Nespresso, the Swiss company known for its single-serve espresso machines. Clooney has been enlisted as the brand’s ambassador, appearing in a series of glamorous ads that have been running in Europe for the past few months. The campaign is now making its way to the United States.

Julia Roberts has been one of Hollywood’s biggest stars for over two decades. She first came to prominence in the late 1980s with films like Mystic Pizza and Steel Magnolias. In the early 1990s, she solidified her status as a leading lady with hits like Pretty Woman and Sleeping with the Enemy. Since then, Roberts has appeared in a number of successful films, including My Best Friend’s Wedding, Erin Brockovich, Ocean’s Eleven, and Eat Pray Love. She has also won an Academy Award, a Golden Globe, and a BAFTA Award.

George Clooney and Julia Roberts are two of the most popular actors in Hollywood. They have starred in some of the most successful movies of all time. We recommend among their filmographies:

Also, let's not forget for Julia Roberts: “Secret in Their Eyes”, a 2015 film and remake of the 2009 Argentine film of the same name, tells the story of a group of FBI investigators who discover a secret that could change their lives forever. The movie stars Chiwetel Ejiofor, Nicole Kidman, and Julia Roberts. The original film was adapted from the novel “La Pregunta de Sus Ojos” by Eduardo Sacheri. The story follows Ray Kasten (Ejiofor) and Jess Cobb (Roberts), two investigators who are looking into the murder of Jess’s daughter.