Remembering "Back to the Future" Movie Trilogy... - SHERIF M. AWAD-FILM CRITIC/CURATOR/PROGRAMMER-EGYPT-ECUADOR: since 1990 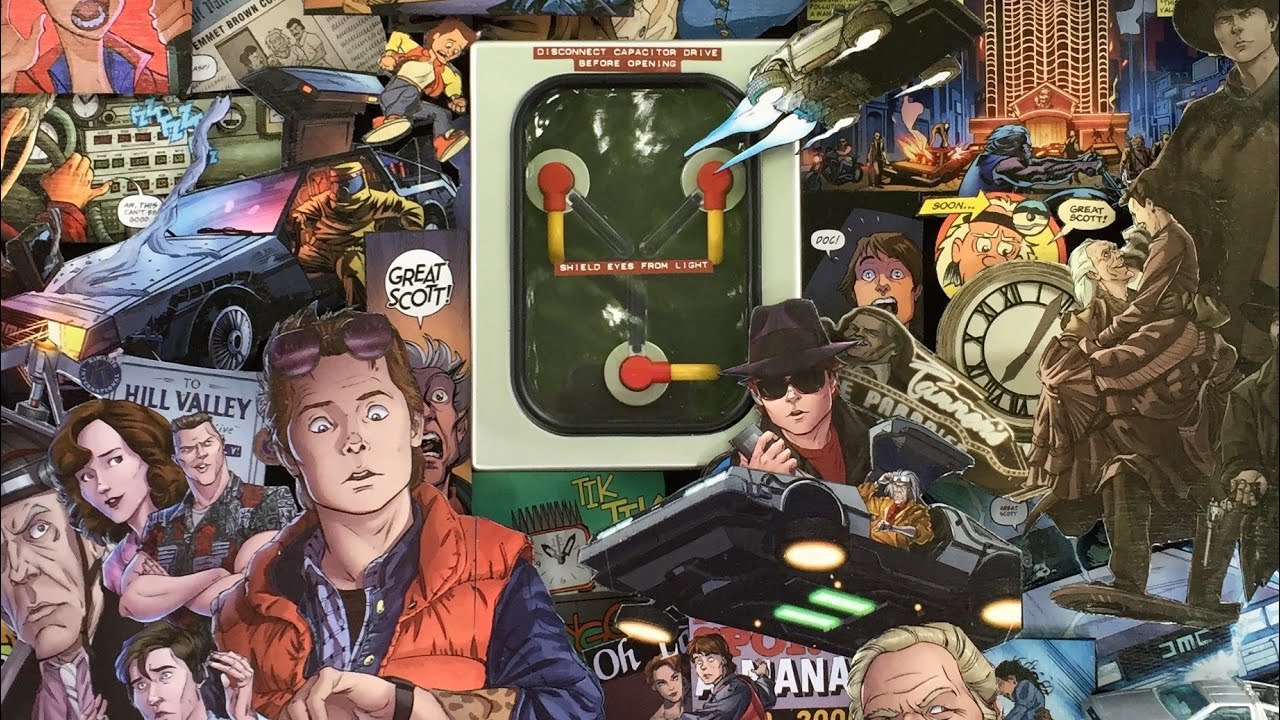 The Back to the Future trilogy tells the story of a teenage boy, Marty McFly, who is transported back in time to 1955. He meets his parents in high school and accidentally prevents their meeting, which could lead to his own disappearance in the future. With the help of Dr. Emmett Doc Brown, Marty must find a way to get back to his own time while also ensuring that his parents fall in love and that he is born.  The films were directed by Robert Zemeckis and starred Michael J. Fox as Marty McFly.

The Back to the Future trilogy was met with mixed reviews upon its release in 1985. Some praised the humor and the nostalgia evoked by the films, while others found the writing and acting unpersuasive. However, the trilogy has since become a cult classic, and has been re-released several times over the years.  The first film was a modest success, grossing $21 million in its opening weekend.

However, the subsequent two films fared much better. Back to the Future II became the highest-grossing film of 1985, earning $210 million worldwide. The final film, Back to the Future III, was released four years later and grossed over $250 million. The trilogy has been praised for its humor, its visuals, and its compelling story.

The second movie in the trilogy, Back to the Future Part II, was released in 1989. The plot picks up where the first movie left off, with Marty and Doc traveling to the future to save Marty's future son from being sent to prison. However, they find that the future is not as they expected it to be. Together, they must find a way to fix the future and get back to their own time.

Back to the Future Part III was met with a more positive response than the other two movies in the trilogy. The humor and references to classic 80's films were still there, but the writing and acting had improved. The movie was released in 1990 and grossed $91 million in its opening weekend.  It went on to become the highest-grossing film in the series.

Back to the Future fans were eagerly awaiting a fourth film in the series, but it never happened. Robert Zemeckis and Michael J. Fox both expressed interest in making a fourth film, but Universal Studios opted not to make it. They felt that the trilogy had come to an end and that there was no need for a fourth installment.  Some have speculated that the studio was worried about how the fourth film would perform financially.

Although Back to the Future III was successful, there were no plans for a fourth movie. This was due in part to the fact that Zemeckis and Gale had finished their work on the trilogy and were not interested in continuing. They felt that the story was complete, and that there was no need to create a fourth film. However, the trilogy has continued to be popular over the years, and has been re-released several times.

There has been no talk of a fourth Back to the Future film, but that doesn't mean that Hollywood isn't interested in remaking the trilogy. In fact, there have been rumors for years that a remake is in the works. However, nothing has been confirmed and it's unlikely that we'll see a remake anytime soon. The original trilogy is still highly regarded and it would be hard to improve upon it.

Michael J. Fox has said that he loved every minute of filming the Back to the Future trilogy. He has also said that the films are timeless and that he is proud to have been a part of them. In an interview with Parade magazine, Fox said that the films are as fresh as they ever were. He also said that he would love to do another one. Michael J. Fox's health has declined in recent years. The actor was diagnosed with Parkinson's disease in 1991 and has since been retired from acting. In 2018, he revealed that he had been diagnosed with Lewy body dementia. Fox has been married to his wife, Tracy Pollan, since 1988.

Christopher Lloyd played the role of Dr. Emmett Brown in all three of the Back to the Future films. He was originally set to appear in only the first movie, but wound up appearing in all three. Lloyd has expressed his admiration for the film series, and said that he is grateful to have been a part of it. He has also said that he wishes that he had been able to do more with the role.

Lloyd has spoken about his role in the trilogy several times. He has said that he was happy with how the films turned out, and that he was proud of the work he did. He believes that the trilogy is a classic, and that it has stood the test of time. Lloyd has also expressed interest in making another movie, but it's unlikely that we'll see that happen anytime soon.

Lloyd recently commented on his role in the films, saying that he had a lot of fun making them. He said that he was originally reluctant to take on the role, but that he was glad that he did. Lloyd said that he enjoyed working with Spielberg and that the three of them had a good time making the films. He credited the films' success to the chemistry between him, Michael J. Fox, and Christopher Lloyd.