Why Did the Audience Loved John Wick Series? - SHERIF M. AWAD-FILM CRITIC/CURATOR/PROGRAMMER-EGYPT-ECUADOR: since 1990 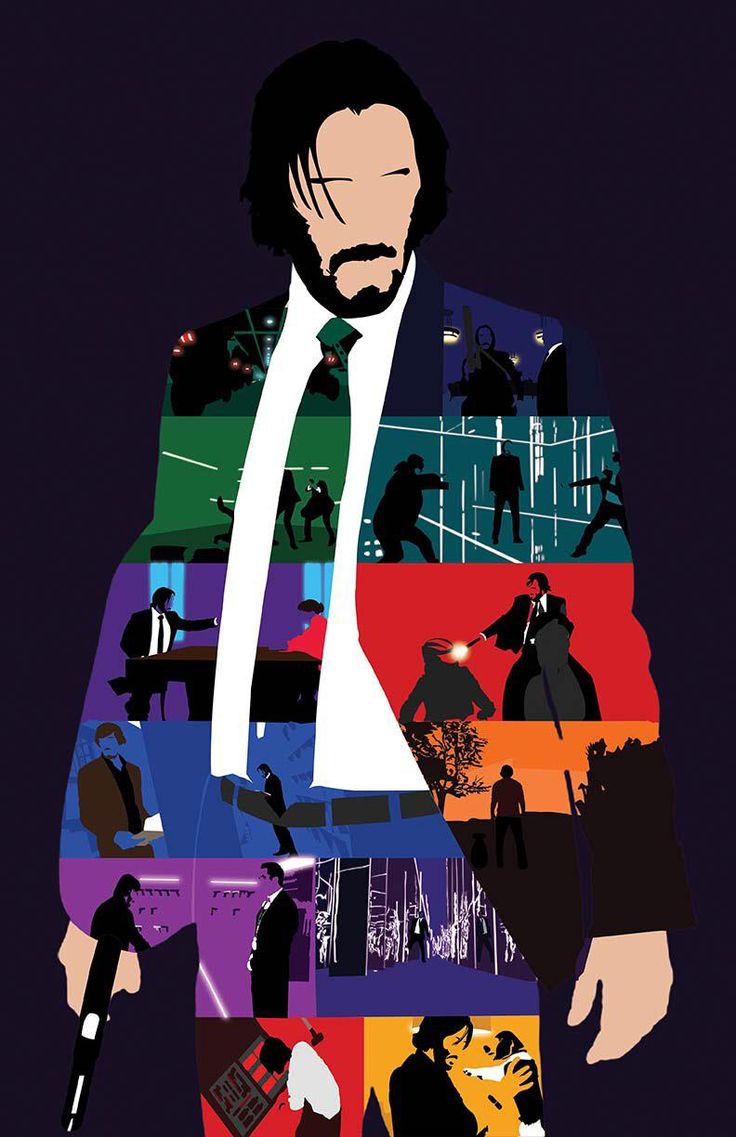 John Wick was a movie that came out of nowhere and blew audiences away. The action sequences are so well-made that you can practically see the blood splatter on screen. It’s also a simple story about revenge. However, what really cements this movie as a classic is the fantastic characters and their relationships with each other. John Wick isn’t just about an ex-assassin coming out of retirement to track down the men who killed his dog. It’s also about how even someone like John needs people he trusts to lean on when things get tough — even if those people are criminals. The best part about this film is its secondary characters, who all have their own quirks and backstories that help ground the film in reality rather than keeping it locked in one-note caricatures. Here are some reasons why audiences loved John Wick series

He is a man of few words, but his actions speak volumes There are many great characters in the John Wick franchise, but John is the anchor of the film. He’s largely a silent protagonist, but his actions speak volumes about the kind of person he is. John is a man who lives alone and who has been separated from most of his family and friends. He is a man who knows that he has to do what must be done, no matter the cost, and who lives with the knowledge that once he’s drawn blood, he’s lost his soul forever. It’s the simplicity of John’s character that draws people to him. He’s not a man who brags or explains himself. Rather, he just exists, and people want to know why. John’s relationships with other characters in the film help illuminate his character even more. His relationship with his former employer and friend, Winston, is one of the most important. Winston doesn’t know what happened to John or why he chose to leave the life of an assassin. However, he is still there for John, and never questions why. John’s relationship with his assassin colleagues is one of necessity and convenience. He doesn’t really have any friends, but he knows a few people who can help him with his mission.

## The Action of John Wick John Wick is an action film through and through. The film has a great story and characters, but it’s the action that makes it so memorable. The film has some of the best fight scenes in recent memory. They’re fast-paced, but also highly stylized so that they don’t get boring or repetitive. Most of the fights are one-on-one, which allows the audience to really focus on the fight itself rather than becoming a jumble of visual stimuli. The fights themselves aren’t just a showcase of martial arts skill. John Wick uses weapons and is an expert marksman. John uses these weapons, combined with his skill, to inflict maximum damage on his opponents. John’s fighting style is brutal and efficient. He always tries to end the fight as quickly as possible, and is never afraid to finish his opponent off if he has to. The fights themselves are incredibly fun to watch. However, the real highlight of John Wick’s action is the gun play. While there are a few gunfights in the film, they tend to be short and incredibly violent. John is an expert marksman who, as mentioned above, always tries to kill his enemies as quickly as possible. ## John Wick, Part I, Roundup

The first John Wick film is a good introduction to the series and its characters. It is more about John’s motivations for coming out of retirement to seek revenge on the men who killed his dog and stole his car. It also gives us a bit of a background of his criminal connections who help him. - This film also introduces some of John’s signature weapons, like his signature 9 mm handgun. - One of the best things about the first movie is the crazy sequence at the Russian’s tailor shop. It is a great set piece and really showcases the level of skill that John has. It is also a great example of how John chooses to kill his enemies. - The first John Wick movie also sets up the relationship between John and The Continental, which is a hotel where assassins can go to safely and discretely stay. It is also the place where John gets his signature suit.

One of the best parts of the second film is the introduction of The Adjudicator. She is an assassin who is investigating Wick’s murders in the Continental and how these deaths came to be. She is a great addition to the franchise, and we hope to see her again in the future. - This film also introduces the character of Sofia, who becomes a key part of the franchise in the next couple of installments. Sofia is a young girl who Wick rescues from a former associate of his and takes in as his own. - One of the best sequences in this film is the car chase between Wick and his former associates. It is incredibly fun and a great use of Wick’s driving skills.

One of the best additions to the franchise in the third film is the introduction of the Hotel Manager, Charon, who runs the Hotel Continental. Charon is a great character that adds a new dynamic to the franchise. - The third film does an excellent job of bringing all the loose ends from the first two films together and making sense of them. It also does a great job of setting up the future of the franchise. - The third film is also where we really get to see the relationship between John and his friend and criminal connection, Marcus, come together. It is a really great relationship between the two, and we are excited to see more of Marcus in upcoming installments.

The film was announced in May 2019, with Stahelski returning to direct and Kolstad returning to write the script. In June 2019, it was confirmed that Reeves, Moss, and Fishburne would reprise their respective roles as John Wick, Helen, and the Bowery King, respectively. In July 2019, Berry joined the cast as Sofia, a new character who Wick meets in the film.

While the world of John Wick is hardly one for the faint-hearted, the fourth installment is set to be a more accessible experience for newcomers. With only two actors returning from the first film, and with a wider focus on action and action alone, it should be a far more palatable watch for newcomers. The film's subtitle – "Chapter Four: Parabellum" – promises us some kind of payoff to the climactic battle in Chapter Three, which saw an enraged Keanu Reeves facing off against dozens of Russian hitmen. In truth, there's been little in terms of plot leaks or even casting that suggest anything of substance, but it's entirely possible we might see some high-octane action as Wick attempts to hunt down mysterious global criminal Victor Zaragoza. What we can tell you is that John Wick will return to New York City this time around (just as it did in Chapter One). And while the story might take place over a longer period of time than its predecessors, expect plenty of action and thrills along the way.

Keanu Reeves has always been an actor that people seem to like. He has an iconic status, and people love to see someone who is able to pull off such a cool character each time. John Wick is a great example of this. People really enjoyed seeing a new side of him and how he could be so intense and not just be some dumb action star. This movie is also very popular because it has one of the best action scenes of all time. It’s definitely something that anyone can enjoy, no matter what type of person they are. There are two main reasons why the audience liked this movie. The first is that it was a good story with interesting characters, which is always important to keep in mind when picking out movies to watch. The second reason is that Keanu Reeves was in this movie, which means that the audience already liked him before they even saw the movie!

One of the best parts about the John Wick franchise is that it is such a self-contained story. Most of the loose ends are tied up at the end of the third film. However, there are a few that could lead to future installments. - We expect to see another criminal connection added to Wick’s friend circle. He has two that he regularly interacts with and trusts, but we would like to see a new one added. - The idea of Wick and his friend, Marcus, going legitimate and trying to open a new business together would be an interesting story. We expect this to come up in the next film, and we would love to see how it all turns out. The John Wick franchise is a fantastic action movie series. It has a great mix of action sequences, characters, and story, and it is one of the best examples of a self-contained story. If you love action, you need to check out John Wick.