Why do Hollywood make films about assassins? - SHERIF M. AWAD-FILM CRITIC/CURATOR/PROGRAMMER-EGYPT-ECUADOR: since 1990 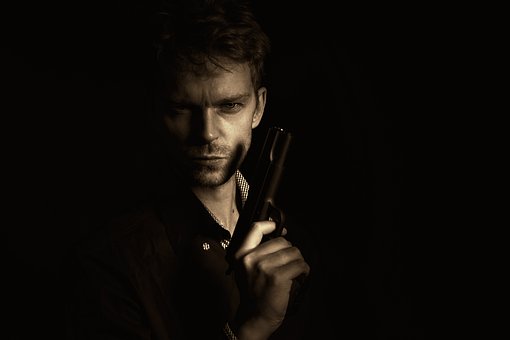 2. Why do Hollywood make films about assassins?

3. The appeal of assassins

There are a few reasons why Hollywood makes films about assassins. In the first place, assassins are interesting. They are complex and have a lot of layers to them. They are always fighting for something, which makes them very human. They have to be clever, strong, and resourceful in order to survive, which makes them very relatable. In addition, assassins are also very popular. They are, in many ways, the heroes of their own story. They are the protagonist, the protagonist’s love interest, and the antagonist. This creates a lot of conflict and tension. Furthermore, assassins are also very easy to market. They are usually wealthy, attractive, and accomplished. Lastly, assassins are also very profitable. They are a niche market that is always in high demand. Let's know hereunder about some of the post popular films on Assassins.
4. Assassin's Creed movie
The Assassin's Creed movie was released in 2016 and is about a man named Callum Lynch who is visited by a man named Aguilar. Aguilar tells him that he is the descendant of Assassin’s Creed and has a mission to complete. He tells him that he is being hunted and has to escape. In the movie, Lynch goes on a journey and learns that his ancestors were assassins. They would use the Animus to relive the memories of their ancestors, who were assassins and would use the Animus to complete their missions. The movie is about a man who has to complete a mission and find out who he is and what his mission is.
5. Hitman Agent 47
He is an assassin that has the ability to blend in with the crowd and is able to be in any place and kill anyone. He has been genetically modified to have the physical attributes of a normal human, and this makes him a unique character. Agent 47's abilities make him a unique character, as he has the physical attributes of a normal human but has been genetically modified to have the physical attributes of a super human. Agent 47 is not just a killer, he is also a very intelligent person.
6. American Assassin
It is a 2016 American action thriller film directed by Michael Cuesta and written by Stephen Schiff. It is the first installment in the American Assassin franchise. The film stars Dylan O'Brien as Mitch Rapp, a young man who, after being wrongly accused of his girlfriend's death, becomes an assassin for the CIA. The film also stars Michael Keaton as Stan Hurley, Mitch's trainer and mentor, Sanaa Lathan as Irene Kennedy, and Taylor Kitsch as Kyle Milano.
7. The Hitman's Bodyguard
It is an action comedy film that was released in August 2017. The film stars two Samuel L. Jackson and Ryan Reynolds. Jackson plays the titular hitman, who is threatened by an attempted assassination, and Reynolds plays his bodyguard. The two actors are hilarious in their roles and have some great comedic moments as they try to stay alive while they're on the run from the assassination attempt.
Assassins are often portrayed as cold-blooded killers with no sense of morality, but that is not the case. Assassins have been around for centuries and have always been portrayed as professional, highly trained individuals. In movies, the portrayal of assassins is often unrealistic and is far too dark. It is important to show the truth about assassins and how they are portrayed in movies.
Next Post Previous Post